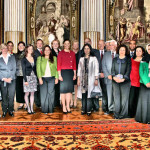 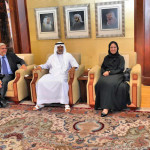 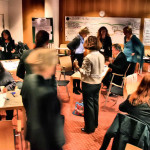 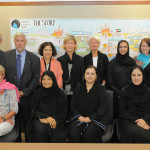 Our Story begins with a working group in Lund, Sweden in 2010, hosted by the Center for Middle Eastern Studies at Lund University, which aimed to explore how to increase cooperation and research between Scandinavia and the Gulf.

The conversations continued in Dubai later in the year, hosted by Zayed University, and culminated with an inaugural summit in Stockholm in spring 2011 hosted by Nordea Bank and the UAE Embassy in Stockholm.

At the summit W4SG presented our vision, mission, values and 14 objectives to over 150 people. It was also at this time that the Founding Board was formed to begin moving our mission into action. In April 2012, W4SG was institutionalized as a non-profit association in Sweden to allow our members from across Scandinavia and the Gulf to take an active role in W4SG’s growth.

Stay updated on W4SG developments by receiving a monthly summary of our most recent news and events.

We will never share your data with anyone, and we will only send you newsletters once per month. You can unsubscribe at any time.

This website has been made possible with support from the Swedish Agency for Economic and Regional Growth (Tillväxtverket). Support came within the program “Promoting Women’s Entrepreneurship” under the project “The Golden Rules of Leadership“.